These Self Defense Weapons are Legal in Nebraska

Here is a breakdown of Nebraska’s gun laws:

Do you need a background check to buy a gun?

A person acquiring a handgun must have either a handgun certificate or a concealed handgun permit and has therefore been subject to a background check.

Can you Carry a Loaded Gun in Your Car in Nebraska?

Yes, you can but the gun must be clearly visible from outside the vehicle.

Nebraska is not a stand your ground state but it does have a castle doctrine law.  This means you have a ‘duty to retreat’ in an altercation that is not on your property.

This means that are you allowed to use up to deadly force to defend yourself, someone else, on your property and there is no duty to retreat on your property. It’s important to note that you absolutely could not have started the altercation to be covered under this protection. In other words, you couldn’t have intentionally shoved someone and then shoot him when he shoves you back.

Some situations where deadly force is allowed:

Snapshot of Nebraska Self Defense Laws

Are Nunchucks Illegal in Nebraska?

There are no laws prohibiting nunchucks in the state of Nebraska. However, if you use them to attack someone you could be charged with assault with a deadly weapon. 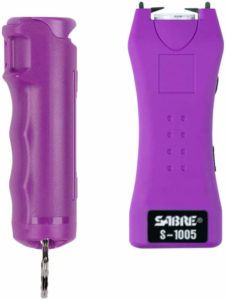 A stun gun is an incapacitating weapon. It delivers an electric shock aimed at temporarily disrupting muscle functions and/or inflicting pain without causing significant injury.

Many types of these devices exist. Stun guns, batons (or prods), and belts administer an electric shock by direct contact, whereas Tasers (conducted electrical weapons) fire projectiles that administer the shock through thin flexible wires. Long-range electroshock projectiles, which can be fired from ordinary shotguns and do not need the wires, have also been developed.

Stun guns are tasers are considered legal to use in Nebraska for self-defense purposes. (source)

Pepper Spray is Legal to Carry in Nebraska

Pepper spray (also known as capsaicin spray) is a lachrymatory agent (a chemical compound that irritates the eyes to cause a burning sensation, pain, and temporary blindness) used in policing, riot control, crowd control, and self-defense, including defense against dogs and bears. Its inflammatory effects cause the eyes to close, taking away vision.

This temporary blindness allows officers to more easily restrain subjects and permits people in danger to use pepper spray in self-defense for an opportunity to escape. It also causes temporary discomfort and burning of the lungs which causes shortness of breath.

You may use or carry pepper spray anywhere in Nebraska. There is a law specifically prohibiting the use of pepper spray against a police officer. It is a crime to use pepper spray offensively.28-930.

Nebraska doesn’t have many restrictions on knives. So long as the blade is less than 3.5 inches you may openly carry it.  Even felons are allowed to possess most knives (source). However, you can get in trouble for carrying a concealed weapon if you have a dirk, dagger, or switchblade, or any knife above 3.5 inches.

The Legislature intended the words “with a blade over three and one-half inches” to apply to daggers, dirks, knives, and stilettos, such that any of these items having blades over 3 1/2 inches are “knives” under subsection (4) of this section. Daggers, dirks, knives, or stilettos with blades over 3 1/2 inches are knives per se. When a case involves an instrument not specifically named in subsection (4) of this section, the State bears the burden of proving that the instrument is a dangerous instrument capable of inflicting cutting, stabbing, or tearing wounds, and thus is a “knife” for purposes of section 28-1205(1). State v. Bottolfson, 259 Neb. 470, 610 N.W.2d 378 (2000).

Personal Alarms are Legal in Nebraska 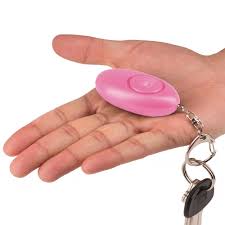 A personal alarm is more produces a sound of more than 100 decibels. That’s louder than a jackhammer! Trust me when I say it’s shrill and loud. You wouldn’t want this alarm sounding in your ear. Also, causing a scene by making a lot of noise is a great tool to defend yourself against any surprise attack whether it be a mugger or purse snatcher. You can get a good personal alarm here.

Tactical Pens are Legal in Nebraska 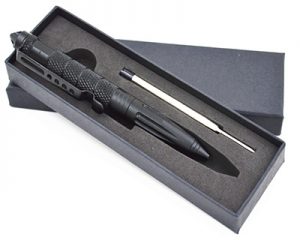 A tactical pen is essentially a hidden self-defense tool. What better way to hide a defense weapon other than in plain sight. It can be used for writing, stopping someone by causing a minor wound, breaking things and even breaking glass if you use it well.

The tactical pens were created for people who don’t want to use a gun for self-defense and wish to have some useful things that can potentially become a weapon. You can get the Ape Survival Multi-Use Tactical pen for free here.  It’s a screw diver, hexa-wrench, flashlight, and glass breaker, and yes it actually writes.  And of course, it’s legal in the Cornhusker State

Best Gun Safes for The Money

Best Self Defense Weapons for Seniors 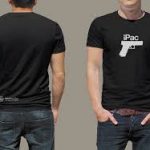 My name is Cameron Williams and I  research laws as a hobby. I wrote Concealed Carry Law to be a free resource to help law abiding citizens to defend themselves